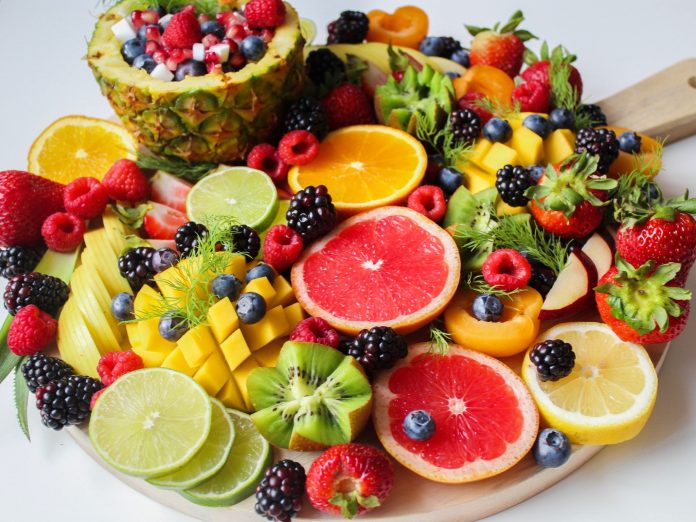 From the earliest of written history, fruit has played a key role in human health. It was the main food consumed in the proverbial Garden of Eden for an untold number of years. During the Golden Age of Man some 2500 years ago, fruit was the predominant food. This period of mobiledsng time in ancient Greece fostered the development of a hugely disproportional number of history’s greatest thinkers, philosophers, artists, and athletes.

Fruit has always been recognized as health food, and still firmly holds that esteemed position. The old saying, “An apple a day keeps the doctor away,” has been replaced by “Eat fruit every day, the five-a-day way,” indicating that the benefits of eating fruit are being more fully recognized. Our government, the health industry, the AMA, nutritionists, dietitians, and every disease-control organization that offers nutritional advice suggest that we eat more fruit. Meanwhile, on the other side of the coin, there are people who literally shun fruit and others who are actually afraid of eating fruit. A few leaders in the raw food movement actually have suggested that we should learn to live without eating fruit at all. Obviously, someone is mistaken. Let’s see if we can discover where the error rests.

The last thing I ate was fruit.

In the mainstream world, it is not uncommon for people to say to me that they cannot eat fruit because it upsets their stomach. When I ask how they determined this, they tell me it was easy: I tried that fruit in the morning thing, and right away I got an upset stomach. I try explaining that it is very likely that the food they ate the night before is still in their stomach, and that pouring orange juice or other fruit on top of this food is likely to result in a fermenting mess, a “combo-abombo”. I suggest waiting until the stomach is truly empty before adding in fresh fruit for better results. Still, since fruit was the last thing consumed before the indigestion ensued, fruit very often takes the blame.

Similarly, in the raw food movement, fruit takes the blame for problems it did not cause. Based on calculations from personal and professional observations, the average raw fooder consumes 65% or more of his or her calories from fat. The fat is mainly derived from eating meals calorically dominated by oils, avocados, nuts, seeds, nut and seed butters, coconuts, and olives. This is over half again more than the national average of 42%. On a diet that is so predominated by fat, blood levels of this nutrient tend to run extremely high. High blood fat results in high blood sugar, as sugars cannot exit the blood well when blood-fat levels are elevated. Under this scenario, the pancreas and the adrenal glands are forced to work harder to lower blood sugar levels down towards normal. This causes the organs and glands to eventually become fatigued and eventually fail. This will lead to great swings in blood sugar levels known as hyper and hypoglycemia and, eventually, diabetes and chronic fatigue. The hypoglycemia develops as a result of excessive insulin production. The thyroid gland soon follows suit, for it is stimulated by the adrenals and will often become hypo-functional as the adrenal glands weaken. Other hormonal issues, cancer, heart disease, and most digestive disorders are also known to be caused by the over consumption of fat.

So how does fruit take the blame

Many of the above-mentioned symptoms and conditions do not become apparent unless fruit is consumed. Unstable blood sugar levels are often seen immediately following the consumption of even small quantities of fruit when the consumer is on a high-fat diet. However, almost every condition for which fruit is named the culprit is actually caused by the high-fat diet. While raw food movement leaders continue to blame fruit for a wide assortment of health problems, I must agree with them that these effects will occur as long as the consumer is on a high-fat diet.

Avoiding fruit is not the answer as it is not the guilty party. In fact, it is insufficient fruit consumption that leads raw fooders to consume higher-than-healthy levels of fat. The simple sugars in fruit, namely glucose and fructose, are essential. They are the precise fuel used by all of our body’s cells.

I get so hungry when I eat only fruit.

One of the most common complaints related to fruit is the idea that fruit’s satiating power is not lasting. “I tried that fruit in the morning thing and about an hour later I was starving,” is about the way the story usually goes. At first glance, this may look like a valid indictment of fruit’s inadequacy as a meal, but the situation deserves a bit more investigation. When I ask the nature of the fruit meal, I am usually told, “I had an orange, or a slice of melon, a banana, or some grapes.”

For most people, a typical breakfast usually contains close to 750 calories. A medium sized piece of fruit averages about 75 calories. When we eat a breakfast of just a piece of fruit or two, we are eating only 10-20% of the calories that we previously did, thus we feel empty and low on energy. Even if the goal is weight loss, this is too extreme a reduction to be satiating, maintainable, or nutritionally adequate. When explaining that fruit has a lower caloric density than all other foods except for vegetables and therefore, fruit must be eaten in greater volume if one endeavors to consume sufficient calories, there is sometimes a glimmer of comprehension before the curtain of dismissal falls again. “Yeah, but how much fruit can I eat at one sitting? You’re telling me to eat more than one slice of a melon or two bananas?” “Yes,” I say. We can train ourselves to comfortably eat satisfying fruit meals, allowing ourselves to actually eat fruit until completely satiated. This could mean that you eat an entire melon for breakfast, or six, twelve, or even a greater number of bananas for lunch. There are three main factors involved in feeling satiated, and here is how fruit figures into each:

It is very likely that as a child you heard your mom say, “Don’t eat sweets before your meal, it will spoil your appetite.” In effect, she was explaining that fruits are a satiating food, although she may have been speaking of candy or other less acceptable foods at the time. Even a small rise in blood sugar to the above-normal range results in a satiated feeling. Fruit certainly supplies the necessary sugars for such a rise, and hence, is very satiating. This is why many people are initially satisfied to eat just a small amount of fruit.

Another reason why fruit eating results in satiation is its high content of essential nutrients. The nutritional composition of fruit comes closer to mimicking the full spectrum of human nutrient needs than that of any other food group. Also, the nutrients in fruit are the most easily accessed and absorbed, because fruit requires less digestion than do other foods. Many of the nutrients in fruit require no digestion at all; they are readily absorbed. These include, but are not limited to: water, sugar, minerals, vitamins, and many phytonutrients. Although not digestible, the fiber in fruit is soft and soluble and thus gentle on the delicate membranes of the digestive tract while affording relatively easy access to the nutrients it encapsulates. These factors combine to make fruit the most satiating of foods.

Last but not least, our level of satiation is directly related to the volume of food we consume. As such, in order to feel satiated, we must ingest a significant volume of food. All of our essential nutrients can be concentrated into a tablet or cube and consumed in just a few bites. While some experts may consider such a concentrated meal to be nutritionally complete, research has repeatedly shown that people are not satisfactorily satiated because of the meager volume. Exactly because of its low caloric density, fruit perfectly supplies satiating volumes of food per meal. In fact, for many people who have become accustomed to the commonly consumed low-volume, fat-rich meals, deriving https://inrockry.comsatisfaction from a meal of all fruit at first typically poses a seemingly insurmountable volume challenge. “My stomach can’t hold all of that!” people believe. Yet, if they take the challenge and stick with it for a few days, they will learn they can eat sufficient quantities, and they will feel satisfied and reap the benefits of improved health.

It takes a bit of practice to learn how much fruit mobiledsng is sufficient for a meal which will satiate for several hours until the next meal. It is equally true that a mental adjustment is required in order to expand one’s understanding of how much fruit is actually appropriate at a meal. With sufficient experience, one’s ability to consume extremely satisfying fruit meals will grow to become one of life’s great pleasures. After all, fruit is health food. Anyone interested in attaining, maintaining, and gaining increased health should consider consuming fruit as their predominant food.

The Best Practices for Appealing Branding and Packaging