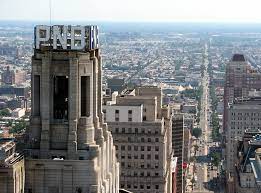 Philadelphia is known for more than just its hoagies and cheese steaks. It has deep historical roots as well. In addition to its colonial history, the city was the site of the signing of the Declaration of Independence.

In addition to being densely populated and surrounded by geographically exciting features, such as the Delaware River, Philadelphia is equally appealing to both city-lovers and those seeking outdoor adventure.

Considering moving to Philadelphia, make sure your budget is accurate first! In this article you will learn about the cost of living in Philadelphia with all necessary expenditures.

Cost of living in Philadelphia

Costs of Healthcare in Philadelphia

The Pennsylvania Insurance Department regulates Philadelphia’s healthcare costs. Additionally, the agency collects and reviews the prices listed by all health insurance providers and ensures that none of them are excessive, inadequate, or unfairly discriminatory. However, healthcare costs in Philadelphia, PA, vary from provider to provider.

The average single coverage for self-employed individuals is $456, and the average cost of family insurance is $1,800. By purchasing health insurance through your employer, you would be spending half that amount per month, or $225 per month.

Cost of Transportation in Philadelphia

It is the responsibility of the Southeastern Pennsylvania Transportation Authority (SEPTA) to provide transportation in the city. If you are trying to save money on your commute, a weekly pass is better than a single daily pass. It costs $9 for a convenience pass for one day and $25.50 for a weekly pass.

Would you like to save more? In Philadelphia, MIT’s Living Wage Calculator states that the average adult single spends $4,332 on transportation every year. Some of these expenses also involve using public transit. For others, driving a car necessitates budgeting for vehicle upkeep, fuel, tolls, and parking. Being close to your place of employment is crucial because it can significantly affect your cost of living.

In contrast, if you prefer a budget-friendly method, you can save up to 75% by purchasing a monthly pass for just $96, covering public transportation and parking. During the year, that will come to just over $1,152.

It is possible that you could walk everywhere! This city is an excellent place for walking and bicycling, too!

Cost of Housing in Philadelphia

Philadelphia has very affordable housing costs compared to many major cities. As a result, Philly’s rental rates are much lower than those in cities like NYC at about 52%. Due to Philadelphia’s lower cost of living and amenities, many New Yorkers have relocated there since then. Developers and investors also find Philadelphia to be a very prosperous city.

Cost of Food in Philadelphia

Philadelphia households spent 11.7 percent of their budget on food, not significantly different from the 12.5% average in the United States. Food dollars spent by Philadelphia-area households were $5,191, or 61.1 percent, on food at home and $3,297, or 38.8 percent, on food away from home. An American household’s food budget goes towards purchasing food at home 61.9% of the time, while 37.8% goes towards purchasing food elsewhere..

Cost of internet and electricity in Philadelphia

The city of Philadelphia enjoys four distinct seasons. It is mild in the spring and fall, while it is hot in the summer and cold in the winter.

Choosing an energy-efficient apartment will help you save money on your utility bill since the weather will affect your bill.

Utilities in Philadelphia are generally more expensive than the national average. A Philadelphia resident’s utility bill is an average of $171.62, which includes gas, electricity, and water.

Interestingly, this total does not include mobile phone or internet service costs. Those costs are dependent on the carrier and the location. For this reason, it isn’t easy to estimate your utility bill. Accordingly, internet service in Philadelphia costs an average of $63.83 per month.

When choosing an internet provider, you should thoroughly analyze your options. Changing jobs can be an excellent opportunity to maximize your savings if you can trimming a living wage makes it impossible to develop an accurate estimate. Thus, it is necessary to earn at least three times what you pay for rent in order to budget properly.

This rule makes sense. Most budgets include housing costs as the most significant expense. Rent should be able to be covered three times over to ensure that a solid financial foundation is built. Furthermore, you can use the rest of your income to pay for your other financial obligations.

Renters should earn at least $3,696 per month before taxes to live comfortably in a one-bedroom apartment in Philadelphia, costing $1,110 per month. That amounts to $44,355 before taxes.

Is Philadelphia an expensive city?

Is Philadelphia expensive or cheap?

Although Philadelphia’s cost of living is higher than average for a massive metropolitan area, it remains relatively affordable on a per capita basis when compared to others. Philadelphia is among the more affordable cities compared to many other cities of similar size.

What is the cost of food in Philadelphia per month?

The national average for food spending is $371 per person, about $47 higher than the average for Philadelphia. Generally, however, you won’t have to pay sales tax on groceries in Pennsylvania.

What is the price of a sewer bill in Philadelphia?

Philadelphia’s water, sewer, and stormwater department estimate that a household’s average monthly costs are $70.87. TAP is estimated to be available to 56,156 household customers.

8 Ways to Reduce Operating Expenses in Your Facility