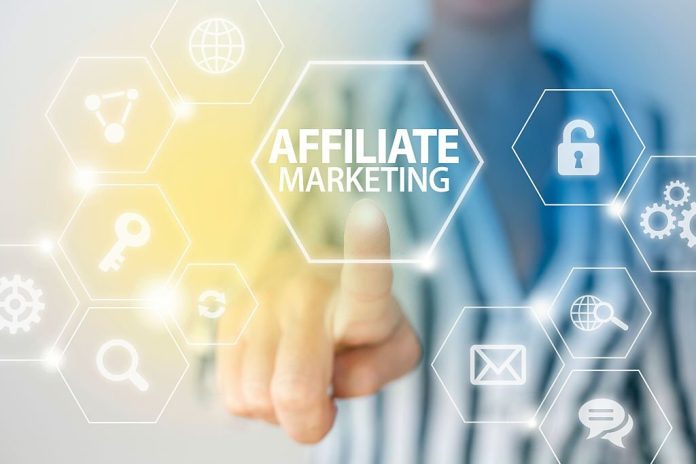 The vicious cycle of poverty carries a profound negative impact throughout the world. Despite great strides in reducing extreme poverty in the past 30 years, climate change, regions experiencing conflict, and the emergence of COVID-19 threaten to send people who had escaped poverty back into its grip.

These issues also pose new challenges for government agencies and nonprofit organizations that need to create strategies to address these hurdles head-on, with the hope of breaking the cycle of poverty once and for all. To learn more, check out the infographic below, created by Maryville University’s online Bachelor of Arts in Human Development and Family Studies program.

The Cycle of Poverty: What Is It, and Whom Does It Affect?

To understand the cycle of poverty, it’s important to define the concept. Essentially, the cycle starts when a child is born into a poor family with zero or limited resources to create opportunities for advancement. It’s typically defined by poor families who have been impoverished for at least three generations.

Additionally, single mothers (23.4%) experience poverty at a higher rate compared with single fathers (11.4%) and married-couple families (4.7%). In terms of education, poverty impacts people without a high school diploma (24.7%) more than high school graduates (13.2%), people with some college (8.4%), and people with a bachelor’s degree or higher (4%).

The Four Types of Poverty

Poverty may be commonly treated as a catch-all term, but it breaks down into four types.

The first type is occasionally poor. This type defines people who spend long stretches of time above the poverty line but can be left vulnerable by unexpected events, such as a flood or fire.

The second poverty type is cyclically poor. This type represents people whose periods of poverty are less severe but more consistent. Families who rely on agriculture for their food and livelihoods, for instance, can experience “hungry” seasons between harvests.

The third type, usually poor, consists of people who are generally in poverty except in times of an unanticipated windfall, such as a family member’s finding a job or a rain after a long drought. This type is considered the inverse of the occasionally poor.

The fourth poverty type is always poor. People in this group are poor over long periods of time, resulting in consistently living below the poverty line, even if their incomes fluctuate. This type of poverty can last multiple generations.

The Impact of COVID-19 on Poverty

Global poverty rose in 2020 for the first time in over 20 years due to COVID-19’s disruption. All told, the pandemic pushed roughly 97 million people into poverty, according to the World Bank.

The Cycle of Poverty and Socioeconomic Issues

COVID-19 isn’t the only element associated with the poverty landscape. Being trapped in the cycle of poverty commonly correlates with other socioeconomic challenges. These challenges can include poor housing quality, higher crime rates, fewer sources of healthy and affordable foods, reduced education quality, and reduced healthcare access.

The Factors Creating the Cycle of Poverty

Economic conditions, for example, can play a big role in the cycle of poverty because of components such as income inequality due to uneven wealth allocation, high unemployment rates, widespread corruption, and unstable market conditions.

Another factor behind the cycle of poverty is temporary yet unplanned conditions. These can include famine, epidemics, war, or natural disasters such as drought or earthquakes.

Conversely, single devastating events — such as a sudden medical issue, sudden job loss, the death of an earning family member, divorce, or foreclosure — may also feed the cycle of poverty.

Another factor is poverty traps, which are created by economic systems that require a significant amount of capital to earn enough to break free from poverty. These traps are sustained by self-reinforcing cycles that occur when individuals lack this capital and find it difficult to acquire the capital needed. This is fueled by a mix of factors other than finance, such as a lack of access to education and healthcare.

Along with the traditional factors, newer factors have cropped up to fuel the cycle of poverty. Climate change can threaten agriculture, hinder crop growth, and decimate livestock, leading to decreased levels of food security. Agricultural struggles may cause economic downturns, and this could reduce educational opportunities, as families may pull children from schools to save on fees or put their children to work to recoup lost income.

In severe cases, climate changes may produce climate refugees seeking to escape harsh conditions, which can cause other potential issues like overcrowding and gender-based violence. Climate change can also negatively impact public health due to causing increasingly poor air and water qualities. Another emerging factor is COVID-19. The pandemic has increased the economic divide, and it has also increased poverty rates among whites, Blacks, Hispanics, and children, according to PBS.

Several strategies can help improve the chances of breaking poverty’s cycle. For instance, individuals can combat the effects of climate change. An improved climate can help lessen the impact of energy insecurity, protect communities most vulnerable to daily hardships and cataclysmic weather events, and reduce the impact of other potential issues associated with the cycle of poverty, such as poor housing or insufficient healthcare access.

Helping others attain housing and homeownership can also help better their health — from reducing instances of chronic respiratory conditions to slowing the spread of infectious diseases such as hepatitis, cholera, and tuberculosis. Affordable and safe homeownership can help provide families with a means to build wealth, and the predictability of unchanging monthly mortgages can create financial stability. Additionally, stability in the home can help people gain stability in other areas, such as academics.

People and companies can also look to invest in child-focused poverty programs. Two-generation programs that focus on helping parents and their children with their simultaneous yet unique needs can improve poverty rates. Education co-ops can provide services and resources for vulnerable populations. Investing in children’s future also reduces future criminal behavior and crime.

Advocating for improved food security is another way to combat the cycle of poverty. Establishing food assistance programs and encouraging the building of grocery and health food stores in underserved areas can help reduce the presence of food deserts. Expanding existing food access programs such as SNAP and WIC can also help enhance food security.

Additionally, improving access to healthcare services can be critical to striving toward these improvements. Increasing the number of healthcare providers in remote or underserved areas, as well as providing affordable medicines and services, can improve the health of impoverished individuals and help them avoid major medical expenses.

Several programs are actively working toward breaking the cycle around the globe. The nonprofit program Cooperative for Education, for example, brings textbooks, computers, and reading programs to impoverished Guatemalan children. The global nonprofit Habitat for Humanity works with local communities throughout the U.S. and 70 other countries to build affordable housing for families.

Home of Hope is a nonprofit and residential care facility that provides services to homeless children and their young mothers, as well as homeless girls aging out of the foster care system at 18. Another nonprofit, Food Finders, coordinates the pickup and delivery of surplus food to food-insecure groups and communities. Finally, the nonprofit group National Association of Free & Charitable Clinics (NAFC) helps procure funding for free healthcare clinics in the U.S. to ensure medically underserved individuals have access to affordable care.

TikTok fans: how to get more views on TikTok

7 Persistent Instagram Marketing Myths And What To Accomplish Rather

What Are The Types Of Servers For Business Requirements?